Have you been itching to get involved in the fight against Big Tobacco? Join us at the 2017 No Limits Regional Training sessions, coming to an area near you! These sessions will include useful information about No Limits, this year’s theme and youth empowerment. youth will also have the opportunity to participate in a Taking Down Tobacco course, designed by the Campaign for Tobacco-Free Kids and the CVS Health Foundation. Youth will learn more about how tobacco impacts their lives and what they can do to fight back. We will even be holding an activism activity out int he community to show youth how they can take the fight against Big Tobacco back home to their communities. My experience as a youth board member has been such an amazing addition to my life. I’ve had the opportunity to meet youth from all around the state and I’ve made a bunch of new friends. Through No Limits, I’ve had the privilege to travel to events in all different areas of Nebraska, and the best part is all of the great people I have met so far! I’ve made some great friends through No Limits coming from places as far as Johnson-Brock all the way to O’Neill. I’ve even gotten to know Molly and Alexis, our No Limits Project Coordinator and Assistant. They are pretty cool too, feel free to stop and chat with them at some of our upcoming Regional Trainings!

Being with No Limits, I’ve also had the opportunity to improve my public speaking skills, as I get to present to youth all over the state. I usually don’t like talking in front of crowds or receiving a lot of attention, but with my newfound experience, I’ve learned to be more comfortable in those situations.

Now for the best part about being on the No Limits Youth Board! It provides me with the opportunity to play a bigger role in the fight against Big Tobacco! No Limits has educated me on all of the lies and deceptions Big Tobacco tells the public and how we as youth can help combat that.

Making friends, public speaking skills and enlisting in the fight against Big Tobacco are just a few of the amazing benefits I’ve received from being on the No Limits Youth Board. We are excited to see you all at the Regional Trainings, be sure to say hi! 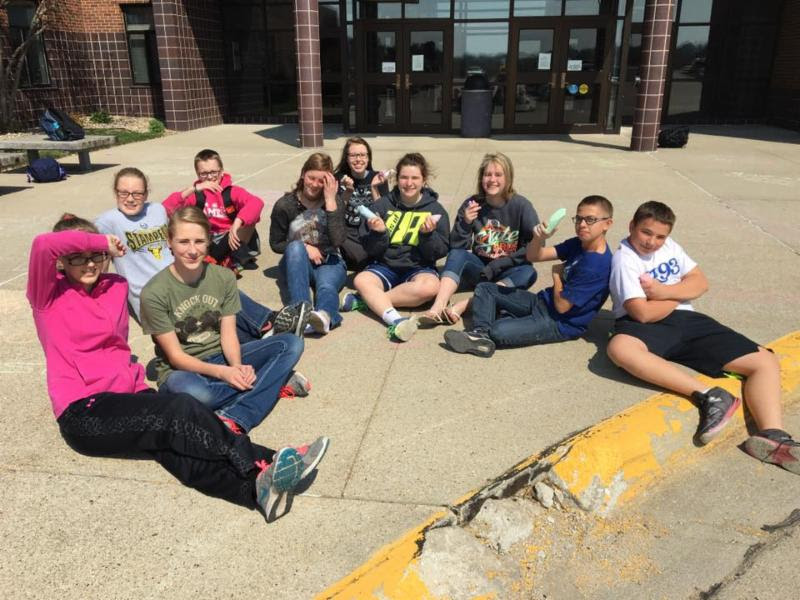 This group of No Limits members has been getting involved in activism since 2007, and we want give a shout out to the Crofton group, Warriors Against Tobacco also known as W.A.T! In the past, they have done Sidewalk Tagging, 6 Second Madness and Project 1300 activisms to bring awareness about Big Tobacco to their community. For the Project 1300 memorial, they partnered up with the Hartington Cats Against Tobacco group and used their hands to make 1300 handprints on five different pieces of paper. Consider doing some of these activisms with your group, and be sure to send in pictures, you might just see your project featured in the next issue!

The Environmental Impact of Tobacco We’ve all heard the reasons why tobacco is harmful to our health, and even the health of others. But did you know that tobacco is actually harmful to the environment as well? Tobacco products harm the environment through production, use and improper disposal. Evidence shows environmental damages from tobacco agriculture include not only pesticides, herbicides and fungicides that are not always friendly to the rest of us, but also damages from deforestation. The chemicals used throughout the entire growing season to grow tobacco can be harmful to animals, farmers and the ozone itself.

Much of the damage being done comes from the volume of the chemicals that are used, about 27 million pounds per year in the United States alone (Truth). These chemicals can pollute groundwater, as well as waterways, used by populations downstream. These chemicals may find it easier to get downstream because of the deforestation used to make way for tobacco fields.

According to the World Health Organization, in many developing countries, an estimated 500,000 acres of forests are cut down each year due to tobacco farming. In fact, Big Tobacco accounts for the removal of nearly 600 million trees every year in order to make room for new fields but also to provide fuel to cure the tobacco after harvest. The materials needed to create the packaging, rolling papers and filters also contribute to deforestation.