ARTICLE BY: Jacqueline Howard for CNN

A wave of new tobacco ads debuted across prime-time television and published in newspapers this weekend, but they aren’t promoting what you might expect. They are “corrective statements” that a federal court judge ordered tobacco companies in the United States to release to inform the public about the dangers of smoking. They were released beginning Friday, according to the Department of Justice. In 1999, the Justice Department filed a lawsuit against the country’s largest cigarette manufacturers and tobacco trade organizations, claiming civil fraud and racketeering violations over the course of more than 50 years.

Then, in 2006, federal judge Gladys Kessler ruled that tobacco companies had violated civil racketeering lawsand ordered them to put stronger language and warning labels in their marketing and to print ads detailing smoking’s health effects. Under court order, the ads are paid for by the tobacco companies Philip Morris USA, Lorillard, R.J. Reynolds Tobacco Co. and Altria Group.

“There was a decade of litigation over exactly what they say and when they’re going to run and what the font sizes are and all of that stuff,” said Stanton Glantz, a professor of medicine and the Truth Initiative distinguished professor of tobacco control at the University of California, San Francisco, who was not involved in the lawsuit. “But it is meant to, to some extent, reverse 50 years of lying to the public,” he said. The ads appear as black text on white backgrounds and detail the health effects of smoking, the addictiveness of cigarettes, and the dangers of secondhand smoke and low-tar cigarettes, among other health concerns.

Altria, which owns the maker of Marlboro cigarettes, issued a statement in October in response to the court order.

“This industry has changed dramatically over the last 20 years, including becoming regulated by the FDA, which we supported,” Murray Garnick, Altria’s executive vice president and general counsel, said in the statement.

“We’re focused on the future and, with FDA in place, working to develop less risky tobacco products,” Garnick said. “We remain committed to aligning our business practices with society’s expectations of a responsible company. This includes communicating openly about the health effects of our products, continuing to support cessation efforts, helping reduce underage tobacco use and developing potentially reduced-risk products.” 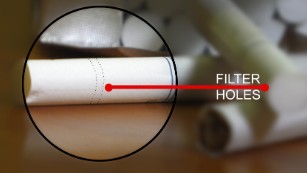 Should the FDA prohibit filtered cigarettes?

In a statement to CNN, R.J. Reynolds said it “will fully meet its obligations under this order as part of its commitment to being a responsible company operating in a controversial industry.”

“We are working to address and resolve many of the controversial issues relating to the use of tobacco. The tobacco industry today is very different than it was when this lawsuit was filed in 1999,” the statement said.

‘They will have to tell the truth, the whole truth’

“It brings a certain degree of closure to an era now extending to well over 50 years, during which the tobacco industry committed widespread fraud and engaged in conspiracy, as found by the court, to deceive the public and health experts and the government,” said Douglas, who is also an attorney.

“Now, they will have to tell the truth, the whole truth and nothing but the truth to the world,” he said. “The court ruling was also forward-looking and focused on the fact that the industry’s wrongdoing has continued with regard to the issues focused on by the corrective statements, which are designed in part to deter future wrongdoing.”

Although many medical professionals and tobacco control advocates applaud the ads, some also warn that the “corrective statements” are far from closing this chapter in history.
“As pleased as we are that it has finally come to be and the corrective statements will be out there in newspapers and more also on television, the way young people watch and consume media has fundamentally changed,” said Robin Koval, CEO and president of the Truth Initiative, a nonprofit tobacco control organization. For instance, only about 5% of 18- to 29-year-old Americans often get news from reading print newspapers, according to a Pew Research Center survey conducted last year. 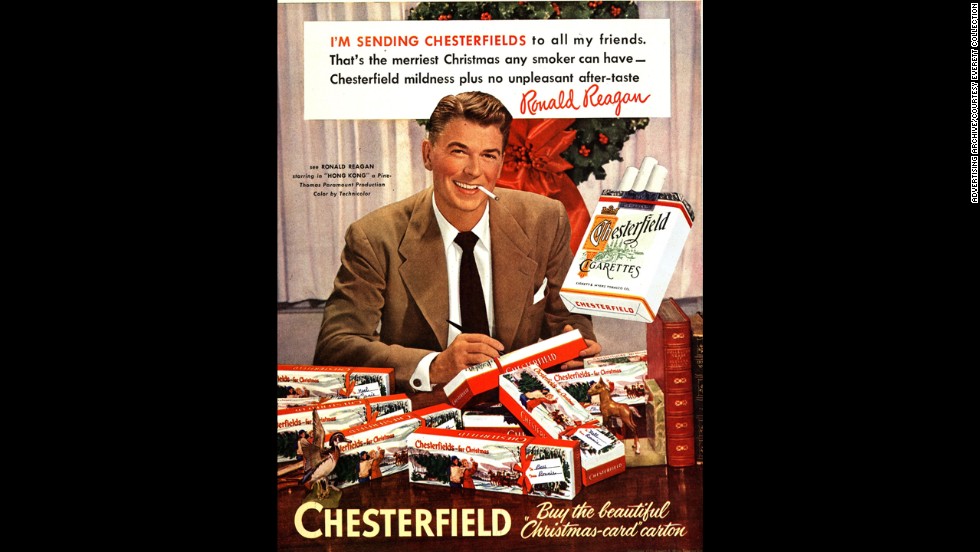 “They’re all watching YouTube and social media and all the many, many other video channels that exist that, frankly, weren’t even around when the judge originally ruled,” Koval said. “So this won’t be the best vehicle to reach the youngest people who, of course, Big Tobacco sees as their replacement smokers.”

The “corrective statements” serve as the end of “a particular battle that went on for way too long,” she said, but the tobacco industry continues to oppose tax increases, opposes using graphic images as warnings and opposes banning the sale of menthol cigarettes; flavored tobacco is thought to be more appealing to younger smokers.

‘The only thing you should be breathing is air’

About one in five US adults used some form of tobacco product in 2015, and cigarettes were the most commonly used product, according to the Centers for Disease Control and Prevention. Yet research continues to suggest that frequent smoking — and secondhand smoke — can have negative health impacts. Cigarette smoking causes more than 480,000 deaths each year in the US, more than HIV, illegal drug use, alcohol use, motor vehicle injuries and firearm-related incidents combined, according to the CDC. Since 1964, the CDC estimates, approximately 2.5 million nonsmokers have died from health problems caused by exposure to secondhand smoke.

How to quit smoking forever

Dr. Eric Presser, a thoracic surgeon who is a member of First California Physician Partners and an associate professor at the University of California, Riverside School of Medicine, sees the tobacco companies’ forthcoming corrective ads as a “step in the right direction in educating the public.”

Presser was not involved in the case or the ads, but he said he sees the health impacts and addictiveness of smoking firsthand. For the many patients whom he has treated for smoking-related cancers, Presser said, he tells them “it’s not your fault” for having a cigarette addiction.

“One patient of mine who sticks out was a professional football player,” said Presser, author of the book “An Empowering Guide to Lung Cancer.”

We know it can kill us: Why people still smoke

“He told me that he used to smoke while he was playing, which is unbelievable, because you take an athlete on the professional level as a football player and then you put smoke into his body, you wonder how good he could have been,” Presser said before detailing how he removed cancer from the patient’s lungs.

After the procedure, the patient stopped smoking, Presser said, but then his mother died, and he returned to smoking for a short while before quitting again.

“So imagine the addictive effect and the addictive nature of cigarettes to give someone cancer, you cut out the cancer and tell them you’ve given them a second chance at life, and they still go back to it even on occasion,” Presser said. “That’s how powerful this drug is.”

Smoking rates have been on the decline in the US, but some experts — such as Presser and UCSF’s Glantz — point to the rise of e-cigarettes as representing a new era of public health concern.

“I think the situation with e-cigarettes is that the more we learn, the worse they look, and people started out very optimistic about them,” Glantz said. “Now, it’s looking like they probably cause as much heart diseaseand lung cancer, lung disease as conventional cigarettes do.”

Presser said patients often ask him about their use of e-cigarettes or “vaping.”

“The biggest thing I tell my patients is, the only thing you should be breathing is air,” Presser said. “Anything that goes in through your mouth, through your nose, through your lungs, that is smoke, is just not supposed to be there, and it is going to cause the same kind of inflammation and effects that a cigarette does.”