It’s mid-May, picture yourself standing in the streets of Richmond, Virginia: the home of Philip Morris, a tobacco town. You are protesting at the top of your lungs for more than an hour. Out of the entire year, you only have that one hour to make your voice heard. One hour to fight on the front line against an industry that only cares about their profits, not the people. Philip Morris USA, now known as Altria, is the same company that said, “today’s teenager is tomorrow’s potential regular customer…” in 1981. As a tobacco user, you know you are important to them, but it’s for all the wrong reasons. As you protest, you are surrounded by youth who are just as passionate and determined as you are to make their voices heard. Every youth there has a unique story that brought them to this exact moment in their lives. Can you see it? 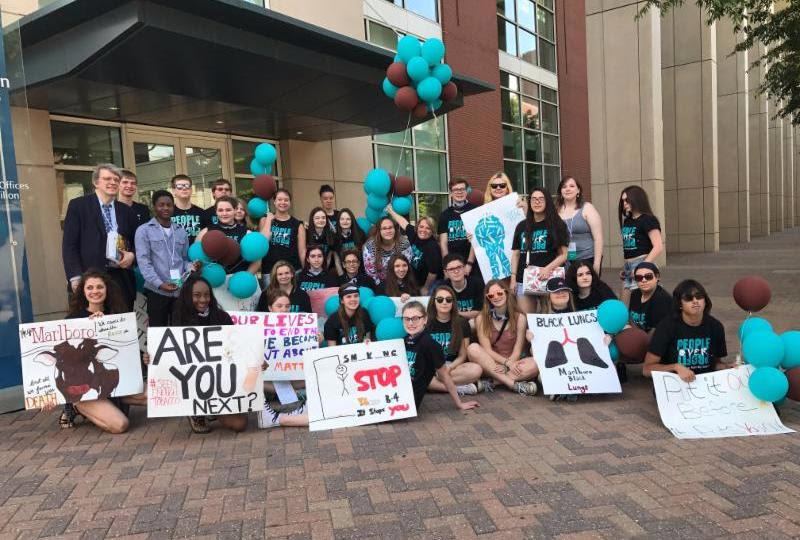 The times I have spent in Virginia with Reality Check, a New York youth prevention movement, have been unforgettable and have helped me sharpen my advocacy skills. Every trip, I am reminded of why I do what I do. I fight because I have a voice for those who have lost theirs because of a product that is proven to be deadly. Those responsible for making such a deadly product continue to choose their profits over people. The protest may only be one hour, but it’s an hour that I spend knowing Philip Morris USA will hear our voice, a unified voice that can make a difference. My fellow board members Kiley, Kamrin, Briann, Hailey and new board member Seth, have protested alongside me these past two years and have witnessed the difference one united voice can make. We have made our message clear.
The Philip Morris USA Shareholder Meeting is an experience not many youth get to have, and I am honored to have attended this meeting two years in a row. No Limits, Reality Check, Tobacco Free Kids, Truth, TxSayWhat and many more organizations have dedicated themselves to this cause. The work they do every single hour does not go unseen. It is this work that will create the future we all hope for, a future free from Big Tobacco. Next year for the Philip Morris USA meeting, I hope even more Nebraskan youth join us. If there is one thing I have learned, it is to never be afraid of reaching your goals or being heard. It may take days and days, but you will eventually have your hour.

With another successful No Limits year coming to a close, it is time to say goodbye to two of our most helpful, dedicated and energetic seniors. Youth Board members Maya Gardner (pictured below left) and Cecelia Ponce (pictured below right) are both heading off to college. Maya started her journey as a No Limits member two years ago and served on the board this year. Cecelia has been involved with No Limits for six years, serving on the board for the past four years. Both of these seniors have dedicated much of their time and energy to help No Limits show Nebraska how deadly tobacco really is and make it a fun organization to be a part of. Although we are sad to see them go, it won’t be the last time we see them. Cecelia and Maya both plan to be college trainers following their time on the board and plan to stay involved with No Limits.

Thank you Cecelia and Maya, for your time and dedication in helping No Limits fight Big Tobacco! With that said, we leave you both with a quote from Dr. Seuss, “You’re off to great places. Today is your day. Your mountain is waiting, so get on your way!” 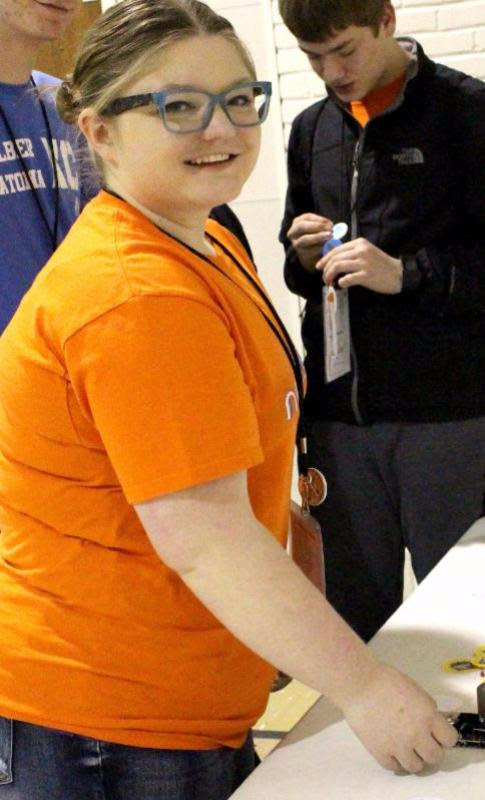 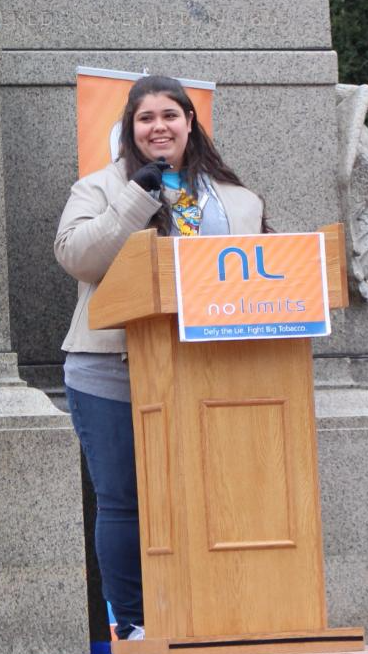 Our seniors have given so much to No Limits, not only their time and dedication, but their overall enthusiasm for advocacy against Big Tobacco. Though their time as Youth Board members has come to an end, we are so excited for what they will be doing next! Before they head out to make their mark on the world, Cecelia and Maya wanted to share what No Limits has meant to them throughout the years in the hopes of inspiring other Nebraskan youth! 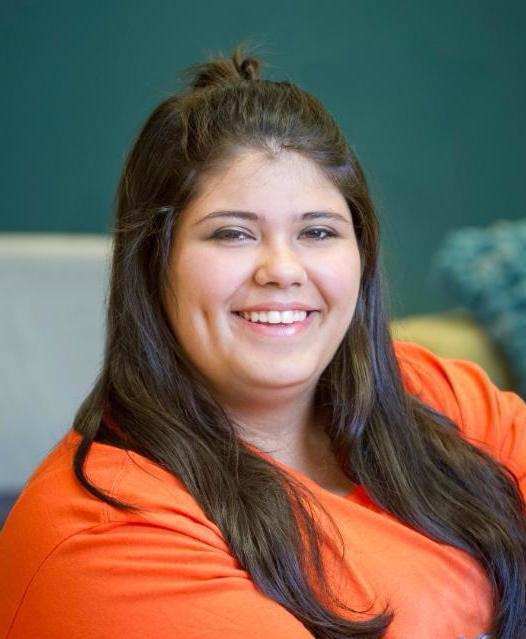 “No Limits isn’t just Nebraska’s first youth led tobacco prevention movement, it is where I made so many great friends. It is where I learned how to use the fire that is inside of me. It’s where the youth of Nebraska have a voice louder than thunder. No Limits means the world to me for so many reasons but the biggest of all is that it is the home for all those who want to make a change and kick Big Tobacco’s butt!” 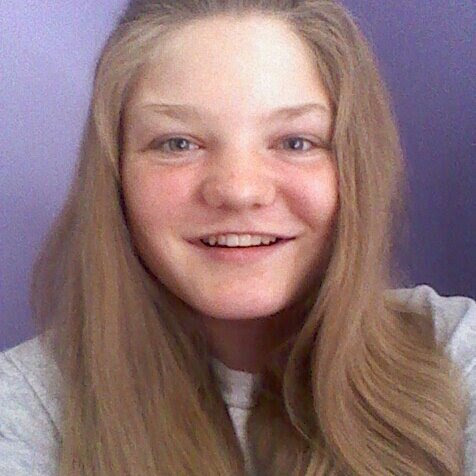 “My experience with No Limits started when I was invited to a No Limits Activism Summit by a good friend of mine who was on the youth board. I had no idea how much I would enjoy myself at the summit and no idea that I would become so invested in No Limits message. After the activism summit, I joined the youth board. The first time I met the other youth on the board was incredible. I instantly felt connected with this intelligent, motivated, open-minded group of people my age. Each person contributed their ideas and each person received others input. After joining No Limits, I have been able to make a greater impact than I thought possible. With the excellent leadership and excellent peers, communication, cooperation, and hard work, I am able to make a change in myself and in my community in a positive, accepting environment. No Limits has changed me in several ways. Because of No Limits, I am a better listener, a better leader, and a better follower. Because of No Limits, I now know how to be an effective activist. No Limits has taught me how to be self motivated and how to motivate others. I have had the opportunity to work with youth all across Nebraska and had the fortune of being involved in a program that enabled me and encouraged me to be an activist and make a difference!”

The Family Smoking Prevention and Tobacco Control Act was passed into law on September 22, 2009 in the United States which permitted the Food and Drug Administration (FDA) to regulate the sale of flavored cigarettes, with the exception of menthol. This act was a step in the right direction, as the Tobacco Industry had previously been marketing candy or sweet flavored cigarettes to teens and children, using cartoon images and kid-friendly names. However, this act was just a stepping stone, as it did not specify the regulation of other tobacco products.

The Flavor Trap is a campaign by the Campaign for Tobacco-Free Kids that is based on a recent study of new marketing tactics created by the tobacco industry to draw in teens and children. This campaign focuses on those “other” tobacco products that are not included in the Tobacco Control Act such as cigars, cigarillos, hookah or e-cigarettes. The report reveals that on the market today, there are over 7,700 flavors of e-cigarettes, many of them with appealing names that refer to desserts or candy, making them more appealing to youth. Flavored cigar sales have increased by almost 50 percent since 2008, and flavored cigars made up more than half of the cigar market in the United States in 2015. Although cigar use is on the decline among youth, cigars remain a popular choice with 14 percent of high school boys choosing cigars over cigarettes. Cigar manufacturers are getting cleverer with their titles, using appealing flavor names like “Tropical Twist” or “Wild Rush”, which could be an attempt to circumvent local restrictions on flavored products. 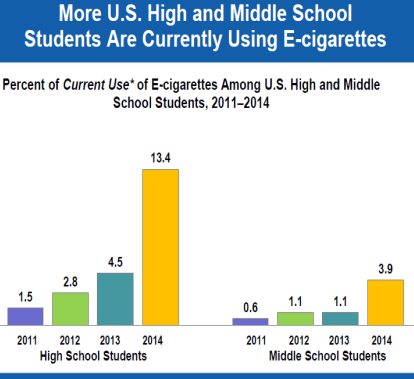 Similarly, the e-cigarette and ENDS (electronic nicotine delivery systems) products are getting sneakier about disguising tobacco products as treats, as in addition to the 7,700 flavors on the market today, 240 new flavors are being added a month. The number of youth smoking cigarettes may have decreased in recent years, but it is not a likely coincidence that the number of youth using e-cigarettes has increased in that time. According to the Flavor Trap report, the number of youth who had used e-cigarettes but never smoked a traditional cigarette increased from 79,000 in 2011 to more than 263,000 in 2013, and the rates continue to climb. The report also shows that 81.5 percent of youth who currently use e-cigarettes said they use them for one common reason, “because they come in flavors I like”.

The overall market for flavored tobacco products is growing, but we can do something to stop this manipulative marketing tactic once and for all. By sharing information and being educated on the issue, we can help bring awareness to this often-misunderstood trend of flavored products. The Flavor Trap campaign encourages youth to reach out to local and state decision makers to educate them of this threat to our nation’s health, contact your No Limits sponsor or Youth Board representative to find out how you can participate at the local level.

If you would like to learn more about this campaign and the issue at hand, click here to read the full report.